Part 1: The town of Sabungan
Part 2: The daughters of Habagat

Once on a time, a marriage between two diwatas came to its bitter end. In his spite, Habagat the rain giver saw fit to deny the diwata of Oryang of the masculine essence needed to fertilize her feminine soil. Hungered by this denial to fulfill her divine mandate, she turned to the men who lived upon her bounty and ate them for sustenance.

Amidst the chaos, a babaylan named Kristo beseeched her to have mercy upon the people. Moved by her devotion, the goddess agreed to stay her hand, so long as masculine essence was offered to her whenever the monsoons demand that she give life to her soil. And so began the primitive practice of human sacrifice where virile young men were sacrificed to Oryang as the storms come and the season for wet planting begins. So long as the ritual sacrifice was observed, the river diwata remained dormant and her ire remained unprovoked.

This continued on for an age.

But savagery eventually gave way to illumination, and the more learned successors of Kristo came to better understand the nature of spirits and souls. For it was not the blood of young men that the diwata craved, per se; she only needed their masculine essence. Chickens are indigenous to river Oryang, and the practice of keeping prized cocks as pets was already popular in what will be known as the town of Sabungan. Through their auguries, the babaylan found that men who are fond of their cocks imbue their souls of masculine pride into them. The babaylan argued that it was sufficient to sacrifice the cocks. They can always just raise a new chick and eventually have a completely new cock to be proud of, right? 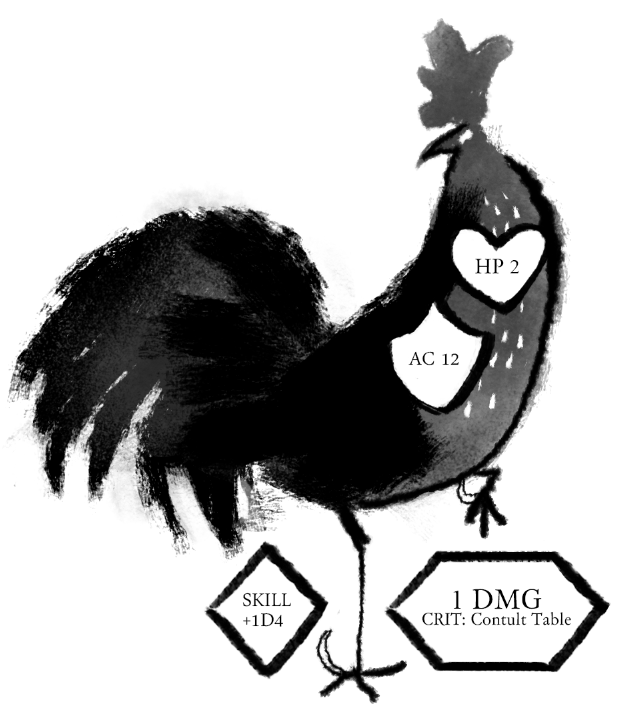 
Alas, men did not want to be rid of their cocks. They fought each other for their cocks’ rights to live, and the blood young men were spilled anyway. This went on for some time, until someone eventually mused, “we need cocks to die, anyway. What if make the cocks fight, instead of us?” And so, human sacrifice evolved into cock fighting.

All these happened many lifetimes ago, and these days cockfighting is more of a gambling sport than it is a religious ritual. The babaylan still facilitate the ritual as kristos, even as the age of illumination has dimmed and few among them remember why they are the ones who have to to this task. And if the babaylan barely remember, the gamblers certainly do not. Ultimately, their beliefs matter little. All that’s important is that the masculine essence makes its way to satisfy the Diwata Oryang and keep her dormant.

A Taste for the Sky

The spilling of cockatrice blood in the fighting pits has stirred Diwata Oryang from her long sleep. To recap, the cockatrices are the sons of Sarimanok, a cock who has donned the wings of the Adarna Kisap, a diwata from the sky world. The taste of cockatrice blood hints of the sky, and for the first time since the dawn of the worlds and the end of her marriage, Diwata Oryang remembers what she has been missing out on.

When she first awakens, Diwata Oryang will seek to assess the situation. She will favor shapechanging into the form of a woman and observe the festival at Sabungan. Once she understands what is happening (she is cunning, so this should be relatively fast), she will make herself known in her true form - with the body of a cobra, if cobras could stand half again as tall as a man, and with the face of a young woman, her wet black hair turning into a hood when angered. She will present Sabungan with her demands - give her the adarna so she can eat her, or she will resume the habit of eating young men and their cocks whenever she gets hungry. 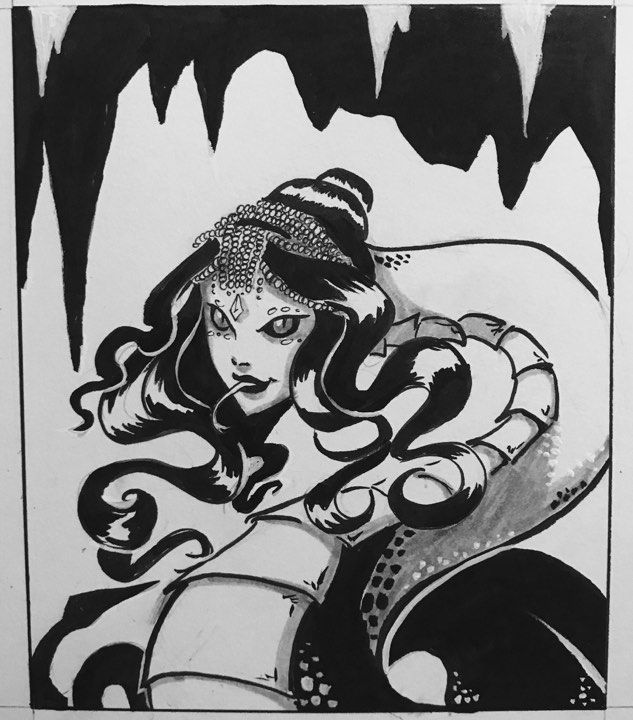 Diwata Oryang is a spirit naga, but treat her as a Large fey (diwata). As a diwata, she does not have a Charisma score - change it to an Utang score of the same value, instead. As a diwata, reducing her to 0 hit points discorporates but does not truly kill her - though true death will come if the entire river is ever rendered lifeless.

Oryang has a very specific dietary preference - below is her likely choices for who to eat, first.

Incidentally, the killing of young people will slowly result in increasing sightings of white ladies in the Haunted Wood. (Replace 7 in random encounters with “1d3 white ladies.”)

The swamps surrounding the river route are filled with activity, even when nothing of particular note actually happens. When no random encounter occurs, the characters may instead experience one of 20 uneventful day’s travel in a swamp.

No roads lead to Sabungan - instead, the Oryang river is the main thoroughfare that leads to and from the town. On foot, thick mangrove roots and soggy soil makes travel pace extremely difficult (x1/8 of normal speeds.) Characters on a keelboat fair much better, while rowboats can be the fastest mode of travel. Use the vehicles’ normal speeds while travelling through Oryang.

Navigating through the riverbanks is a moderately routine task (base DC 15, no need to check if the river is in sight), and foraging is slightly harder (base DC 16) because things rot faster in its swampy waters.

As the avatar of the river, Diwata Oryang can tunnel through the soil at any point in the river to reach her underwater palatial realm. Her magics linger in the last 1d4 tunnels that she has used, and adventurers who can hold their breaths underwater for at least three minutes can swim through them to reach the realm. This magic also animates a shambling mound that unwittingly guides the entrance - those who are aware of this can deduce the existence of a nearby tunnel by noting the eerie silence brought by the shambler consuming all nearby life forms.

Alternatively, a portal to Oryang’s Realm can be accessed with a DC 21 Utang (Prayer) check, which can only be made at a fey crossing.

Oryang’s Realm is a demiplane that exists outside of natural world of Kalupaan, but is also an extension of the Oryang River, itself. Like the diwata, the realm will cease to exist if the entire river is rendered lifeless. It appears as a dank cave, partially flooded a foot deep and infested with river vermin (ankhegs, centipedes, snakes, etc.), yet decorated with every treasure that has ever been offered to the river and styled with the fineries that exceed the most resplendent datu’s palaces.

Oryang is the river, and Oryang is her lair. When fighting inside her lair, Oryang can call upon her magic to take lair actions. On initiative count 20, Oryang takes a lair action to take one of the following effects:

Putting it all together: 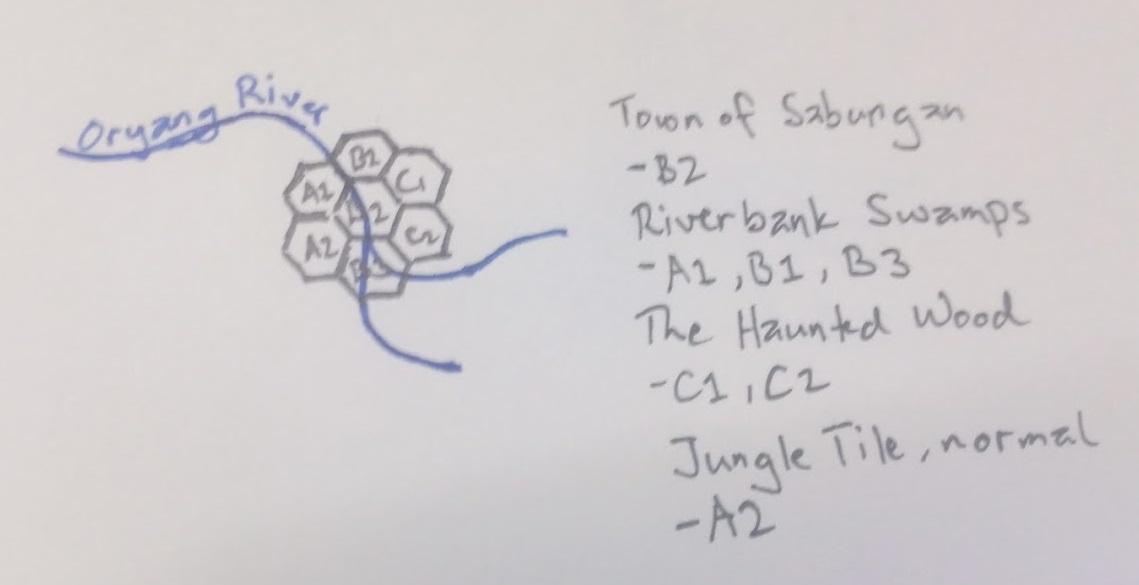 Feel free to expand the initial seven hexes with locations suitable to your campaign. 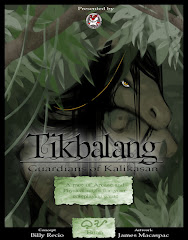 Chase after the tikbalangs with our first-ever product! 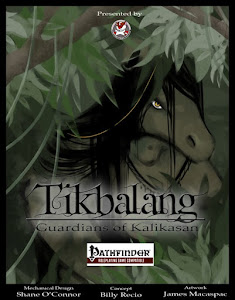 The tikbalangs gallop into the Pathfinder Roleplaying Game! 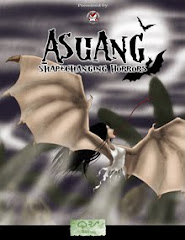 Terrorize your players with a multitude of asuang creatures!

The minion is actually a dog person...

...so he has no idea how he ended up serving an undead cat.


This minion from the Philippines likes to talk about Philippine Fantasy, and from time to time he actually e-publishes something that can be used in your own Tabletop RPG.

Keys to the Dungeon